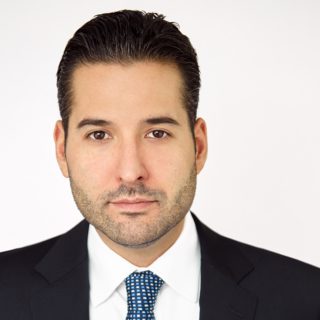 Renato Matos is the Managing Partner of the firm. Since joining the firm in 2009, Renato has primarily focused on the Real Estate and Religious and Charitable Organizations areas of our practice.

Renato routinely represents religious and not-for-profit corporations on complex real estate transactions including purchases and sales, long-term ground leases, air rights transfers, joint ventures and affordable housing development projects. He represents numerous denominational governing bodies, including the Atlantic District of the Lutheran Church-Missouri Synod, the Metropolitan New York Synod of the Evangelical Lutheran Church in America, the Northeastern Conference of Seventh Day Adventists, the Episcopal Diocese of Long Island and the Board of Trustees of the New York Annual Conference of the United Methodist Church. Renato focuses much of his time educating and protecting churches and their assets, as well as developing strategies for long-term asset growth to ensure the sustainability of the missions and ministries of his clients.

In 2015, Renato was selected by the New York Law Journal as a Rising Star—one of 50 lawyers under the age of 40 who have established a record of accomplishments and demonstrated that they are top contributors to the practice of law and their communities.

From 2017-2019, Renato was selected by Super Lawyers as a Rising Star, which recognizes no more than 2.5 percent of attorneys in each state.

Renato is active in the community and regularly donates his time and expertise to numerous charitable organizations. He is president of the board of directors for the Council of Church Advisors.