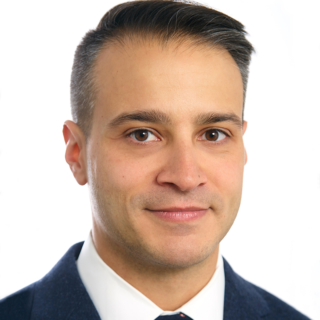 David de Barros is a Partner and a member of the firm’s Real Estate and Not-for-Profit and Religious Organizations practice groups.

David counsels clients in all aspects of complex and large-scale real estate development transactions, including advising on purchases and sales of properties, long-term leases, joint venture arrangements, and construction, design, and other development-related agreements.

As part of his real estate practice, David regularly works with not-for-profit corporations and religious corporations in evaluating and entering into sophisticated real estate transactions. David also assists clients through the statutory approval process required for New York not-for-profit corporations and religious corporations for the sale and other disposition of real property assets, including the submission of applications to the Office of the New York State Attorney General and the Supreme Court of the State of New York, pursuant to Not-For-Profit Corporation Law Sections 510, 511 and 511-a, and Religious Corporations Law Sections 12 and 18.

As a compliment to his current practice, David, while at his prior firm, advised clients on mitigating claims and resolving complex commercial real estate and construction disputes in federal and state courts and before various alternative dispute resolution tribunals.

While earning his Juris Doctor degree from Georgetown University Law Center, David served as a judicial intern in the New York State Supreme Court, Appellate Division – First Department; a law clerk for the United States Senate’s Permanent Subcommittee on Investigations; and a Janet D. Steiger Fellow with the Office of the New York State Attorney General’s Bureau of Consumer Frauds and Protection.

David received his Bachelor of Arts degree from Boston College in political science with minor concentrations in history and international studies.